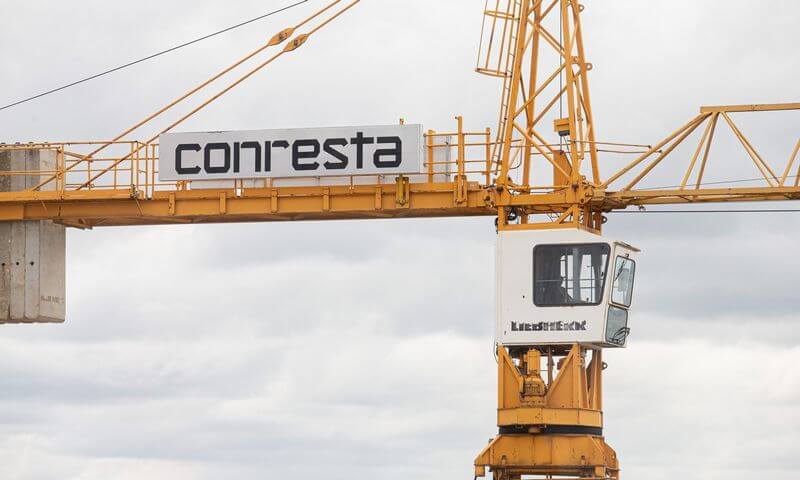 Verslo žinios selected the strongest companies in the Lithuanian construction sector, according to a rating model developed by its editorial analysts. Our company, Conresta, was named as the leader.

The Lithuanian Sector Leaders project is designed to evaluate companies based not only on their income and profit, but also on other indicators such as profitability and the size of its salaries. Specifically, the companies operating in the same sector are compared through 9 indicators: pre-tax profit, income, the annual change in both of these, profitability, average salary, etc.

The Sector Leaders 2020 were ranked based on their 2019 financial data.

In all the indicators, Conresta has the strongest performance in the construction sector. Last year, the company’s revenue increased by 15.6% to almost €69.2 million, while its pre-tax profit grew 4.33 times to almost €3.82 million.

We are proud of this result and believe it provides a great incentive to perform even better in the future! 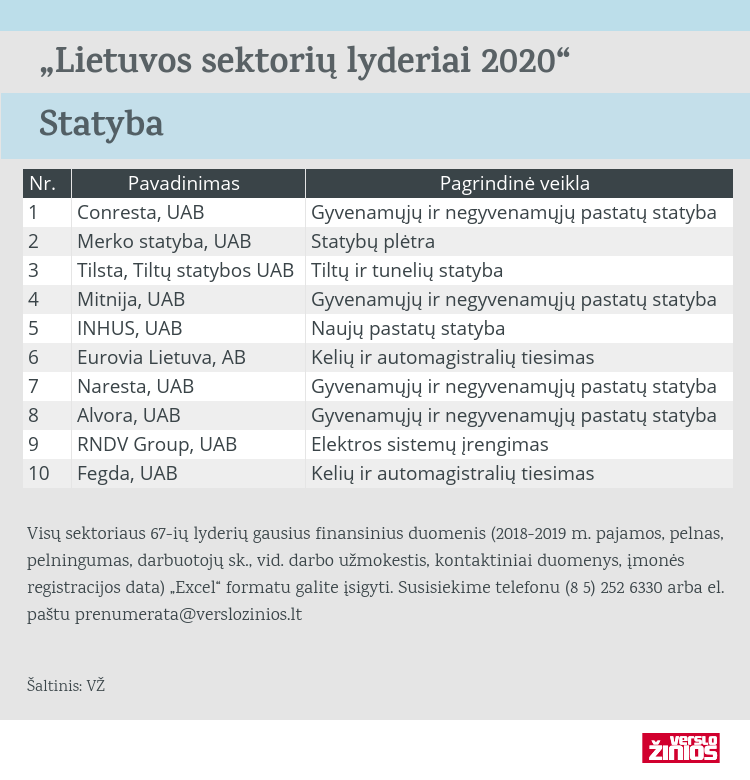 Conresta is One of the Best Business Leaders in Lithuania

Before the end of the year, Conresta added 4 projects to its portfolio