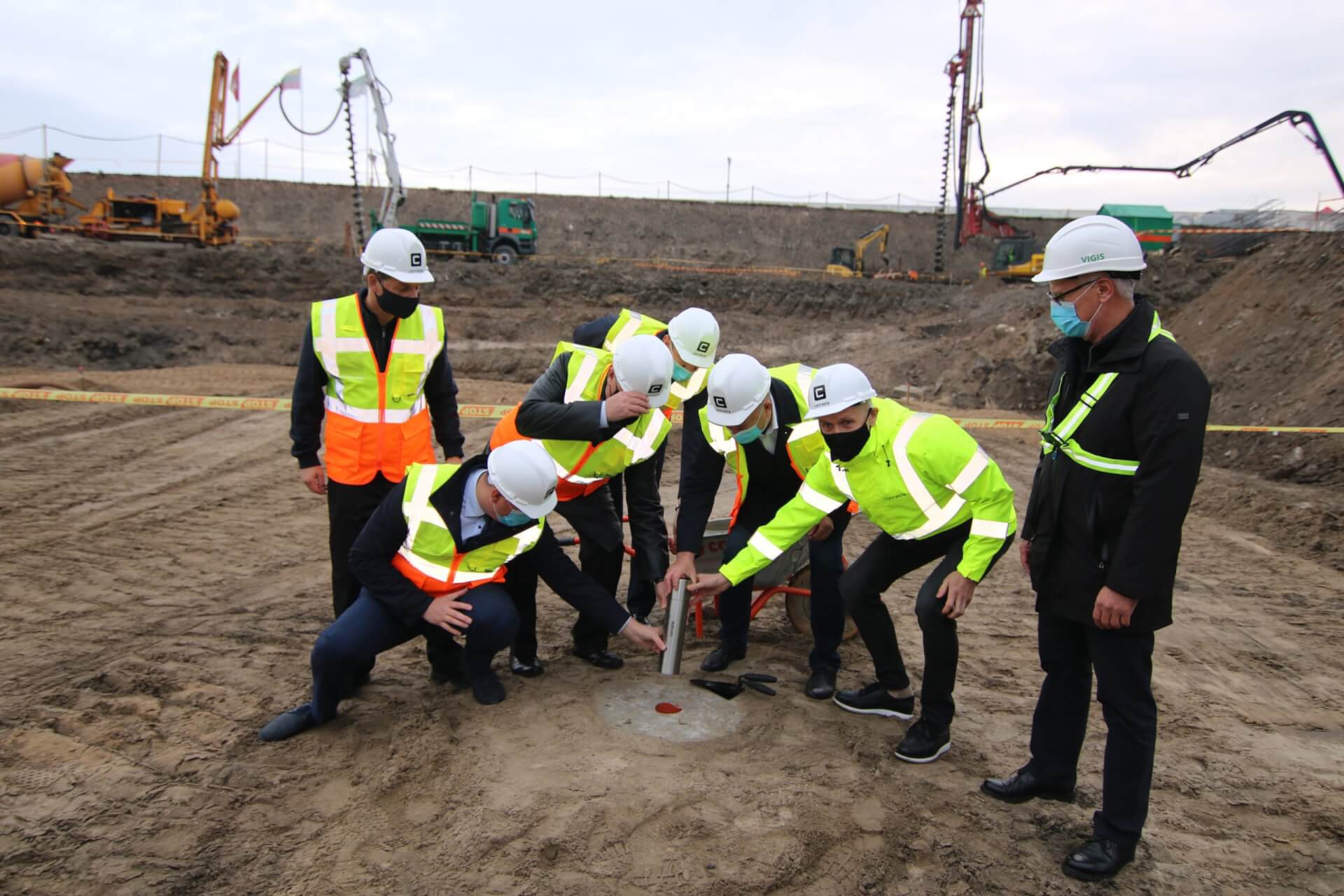 A symbolic beginning of the accelerating construction work has taken place on Nemunas River Island. Kaunas is witnessing the emergence of a multifunctional water sports centre with a 50-metre 10-lane pool built to the highest standards along with sports, leisure, and entertainment areas. The complex, which will complement the city’s exclusive location near Žalgiris Arena, is set to become the most modern building in Lithuania. On Friday, a symbolic capsule with a letter to future generations was buried at the construction site. This innovative space, which will cost almost €26 million, will open to visitors in 2022.

“The support of the Government and especially the Prime Minister has given a huge impetus to all the major projects in Kaunas. I am glad that we are a country with such understanding leaders, and we would like to continue working with them in the future. Some of the Kaunas residents are a little frustrated that the city has been turned into one big construction site. However, if they are patient, they will understand that the city will not recover without change and innovation,” said the Kaunas Mayor, Visvaldas Matijošaitis.

A building featuring exceptional architecture is being constructed on Nemunas River Island next to Žalgiris Arena. It will accommodate an Olympic-size swimming pool with a 500-seat grandstand, spa area and a gym. Under the contract, the new complex will be built within just 18 months. The swimming pool and the related infrastructure will meet the requirements of the International Swimming Federation (FINA).

A historic moment was enacted at the capsule burial ceremony on Friday. The first official Lithuanian swimming competition took place on the fast-flowing Nemunas on 24 June 1924. On that day, the Lithuanian sport of swimming was born. It is also symbolic that, in 1935, the first open-air swimming pool in the country was opened on Nemunas River Island, while the first indoor swimming pool in Lithuania was built in Kaunas in 1949. 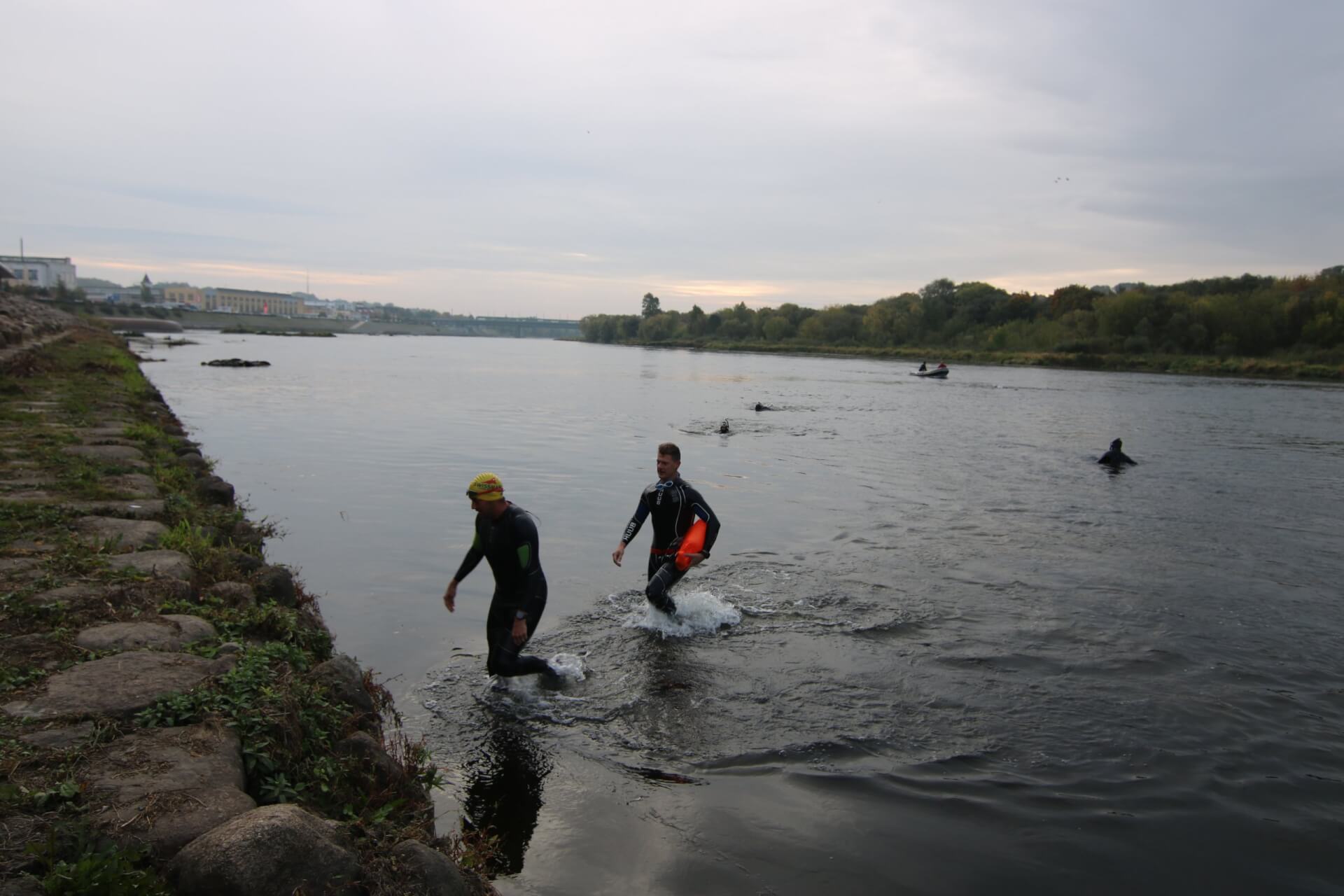 In 10 minutes, the triathletes Vaidas Velutis and Tadas Šlentneris, together with three officials from the Kaunas Fire and Rescue Board, swam across the river to carry the key element of the event – a metal capsule – from the M. K. Čiurlionis bridge to the construction site.

“It will become the building of the highest level of modernity in Lithuania. It is symbolic that it is being built in Kaunas, which is the country’s clear leader in terms of new ideas and innovations,” said the Chancellor of the Government, Algirdas Stončaitis, who took over the symbolic capsule and greeted the sports community and Kaunas residents. 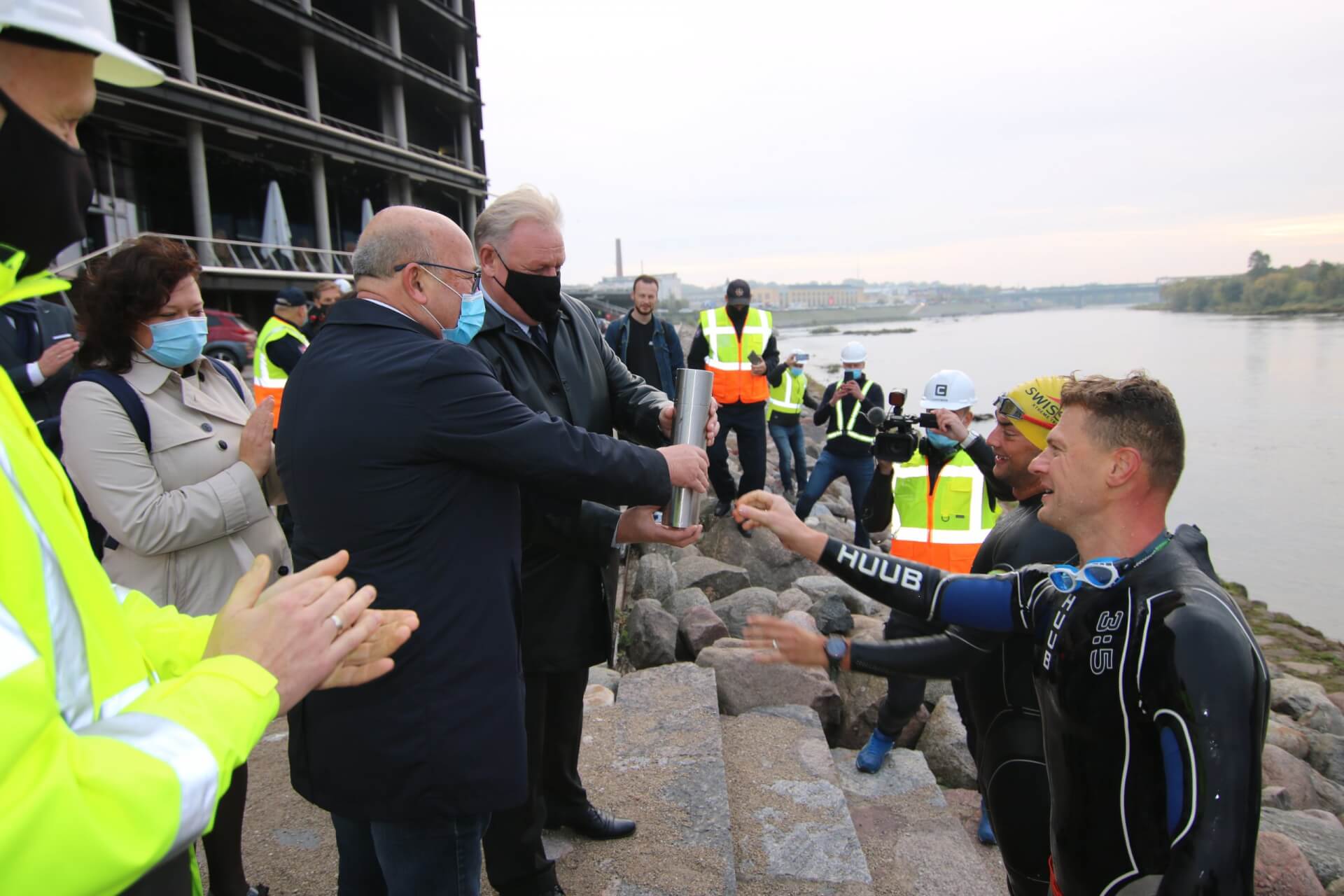 A total of five companies competed for the opportunity to construct this extraordinary building. The winner of the public tender was the general contracting company Conresta.

Among the most prominent projects implemented by the company are the automated Continental plant, the modern logistics centre for Lietuvos Paštas, the restoration of the historic Pacai Palace and the five-star Pacai Hotel, as well as the Palanga City Swimming Pool with a Wellness Centre and Palanga Concert Hall.

“We strive to work with customers who value modern quality, because such projects are built for future generations and create the greatest added value not only for the customer but also for ourselves. We are pleased to take part in this partnership with Kaunas Municipality and to have the opportunity to contribute to impressive changes in the city. I am sure that we will continue to maintain a professional, efficient and smooth cooperation. I believe that we will meet the established expectations and that this project will make not only Kaunas but also the whole of Lithuania proud,” said Lukas Laukaitis, CEO of Conresta, the company managing the construction project.

According to Laurynas Senkus, Project Manager at Conresta, the excavation work is halfway done, and the installation of an outdoor communications system has started. Work on the building’s drainage, as well as the foundations for floors and piles started at the beginning of October. The building structures are being concreted in parallel. 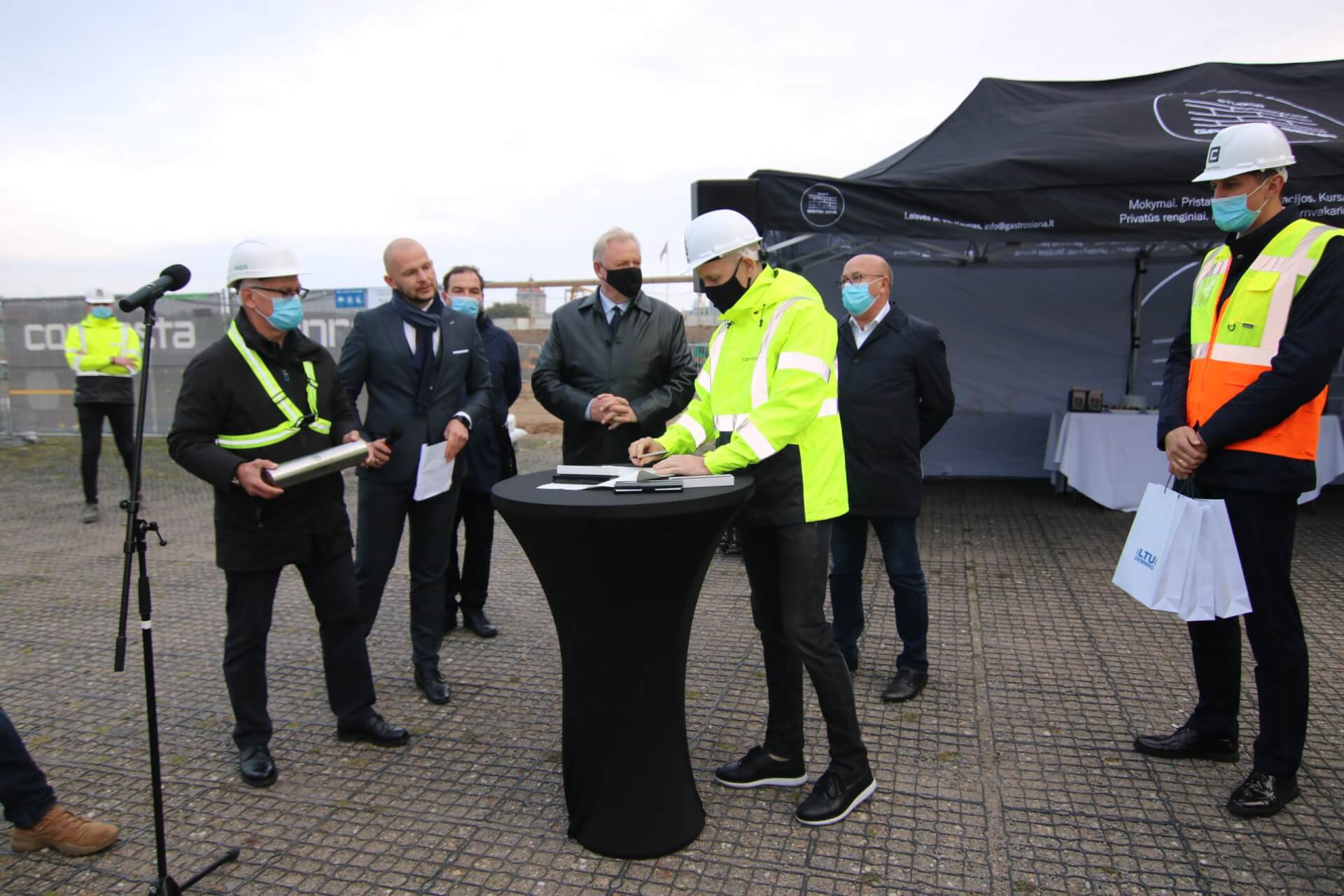 The future water sports and entertainment complex will include state-of-the-art technologies, with the maximum automation and economy of all engineering parts in the building. The total area of the Class A+ energy efficient one-storey building with a mezzanine will reach 18.4 thousand square metres.

Conresta is One of the Best Business Leaders in Lithuania

Before the end of the year, Conresta added 4 projects to its portfolio