SPA VILNIUS is the first state-of-the-art wellness and therapeutic SPA center in Anykščiai that meets international SPA classification standards and can be compared to the SPA centers of Central and Eastern Europe. The building itself is outstanding both architecturally and in terms of its construction. 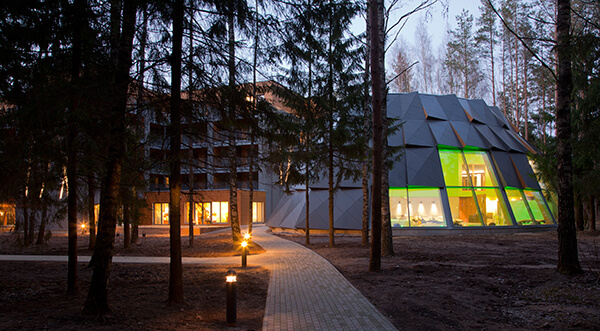 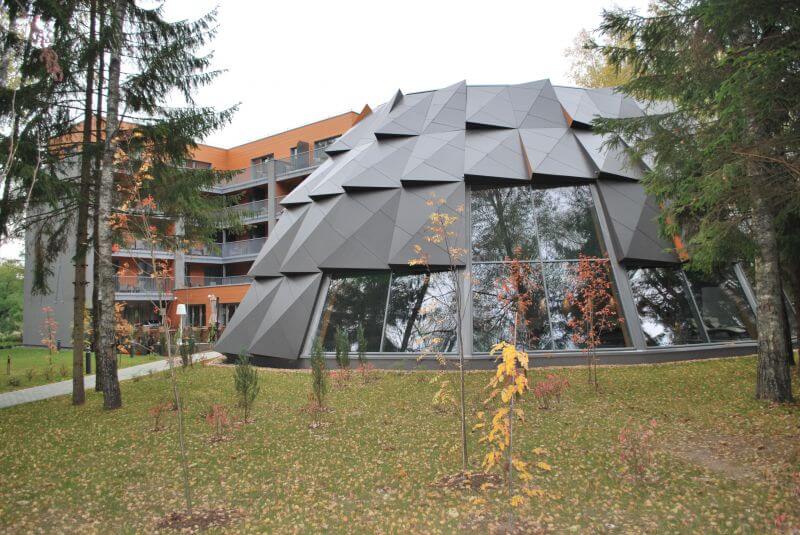 The SPA meets international SPA classification standards and can be compared to the SPA centers of Central and Eastern Europe. The project included the construction of a SPA center, the reconstruction of a wellness center, and the purchase and installation of SPA center equipment and furniture. The project was implemented in Anykščiai, a new resort area that does not yet have any major tourist attractions.

During the construction, an already existing 4-storey building was reconstructed, the architecture of which was virtually unchanged. The reconstruction of the old building was aimed at improving the functional connection of the premises, therefore the old partitions were dismantled, the basement was deepened, two elevators were installed and an additional fifth floor was built. Also, this building has interesting architectural accents, such as a facade with deep recessed lighting.

The newly constructed building is elliptical, has the volume of an irregular cone. This kind of planning is perfect for maximum space layout. We can say that in terms of expression and style, the building resembles a pine cone. The triangular shapes used are perfect in that they have created a transition in the shape of the volume so that no oval lines are broken. To make sure that the buildings don’t stand out too much, two dominant colors, dark gray and yellowish-pink, have been selected to suit the natural environment.

The Construction of “Gabija” Gymnasium Annex, An Investment of 10 Million Euros